Choreographer Mikiko: "Members of BABYMETAL love to imagine and have flexible thinking"

BABYMETAL choreographer Mikiko was interviewed on The Best Times to talk about her work as chorographer. In a few questions she was asked about BABYMETAL, she praised their dancing quality. Read the summary translated below.

BABYMETAL, Perfume and Sakura Gakuin (among other artists) choreographer Mikiko Mizuno was interviewed by The Best Times from Japan. The interview includes 30 different questions about her work as choreographer with BABYMETAL but mostly about Perfume. Below there is a summary of a few questions related with BABYMETAL.

Mikiko: "The way how to tell my thought to dancers is important. It often works well when I try to stimulate their imagination. For example, I sometimes explain things as if I’m telling a story like ‘I want your eyes in trying to reach the very high mountain you are seeing over there’. Or they sometimes understand what I wanna say immediately when I explain it as the part of ordinary conversations like ‘○○-chan, you often make this gesture when you are talking, right? It suits the choreography completely’

Since the members of BABYMETAL especially, love to imagine and have flexible thinking, that device of illustration could change their dance in a moment. When you choreograph somebody, the imagination of a dancer is needed at the same time."

Do you sometimes make a difficult choreograph on purpose?

Mikiko: "I want to defy fans’ expectation in a good way, and hope they’d have fun!

I’m enjoying how to defy the prediction of Perfume and BABYMETAL fans in a good sense.

Firstly they listen to the music so intensively, and MV of the song would be supposed to come after that, then they would witness the concert. So before the concert, they have already tried to make images of the performance again and again, then they actually watch it live finally. So I’d like to show better one than their images.

For example, I sometimes add the movement for non-existent sounds. Or adding the pose in unison after the music finishes. I always stick to those addition the audiences haven’t imagined. Some of audiences might prefer a kind of standard one, but others might take it to be changeless, so it’s difficult to keep a balance. But it’s an interesting challenge for me to go against their prediction and suit the expectation at the same time."

I have an impression that your choreography requires the dancers to keep their cool expression while they dance violently.

Mikiko: "That’s a hard-and-fast rule. The same for Kabuki, performers don’t allowed to show their winded look, but blow out a breath in silence when they turn around. And when they face forward, they must show the appearance like ‘nothing happened’ to the audiences. We have other rules such as ‘not to drink water on the stage’, although it shouldn’t be applied if they were doing a long concert with hard dancing. I’d like to keep those stage manners as traditional technique and manners even if the time and technology would far change and be sophisticated."

Interview by: The Best Times. 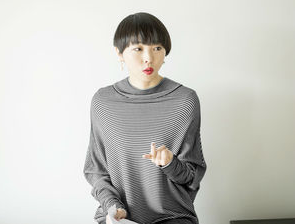 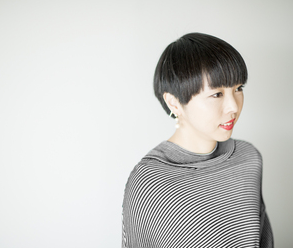 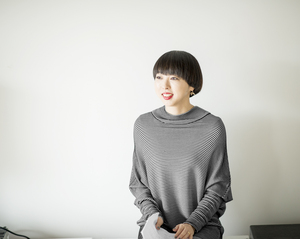