Introducing the WL-606 cable setup for BOH, Takayoshi Ohmura and Mikio Fujioka. You are probably related with the lastest digital wireless cable setup which went on sale on February 2016, the WL-606XS & the WL-606LXS by SHURE GLXD16.

The SHURE GLSD16 wireless system is compatible with both the wired and wireless setup used by BOH, Takayoshi and Mikio which was introduced before BABYMETAL's World Tour started in April. Although all three of them seemed satisfied with the GLXD16, they seemed to be unhappy with the difference in sound quality as compared to using cables. They usually used the QAC-222G. They tried the recently released WL-606 for GLXD16 and yes, all of them approved it!

We visited the place were they use to rehearse for the BABYMETAL Tour in United States, and asked what they think about using WL-606.

Takayoshi: He appproved the original sound from the instrument because it preserved and was able to monitor the sound without stress. In this part, it is the easiness of playing what gives such impact. He was satisfied with the WL-606, even more than with the original parts.

TAKAYOSHI OHMURA'S GEAR: Click in the pictures to enlarge. 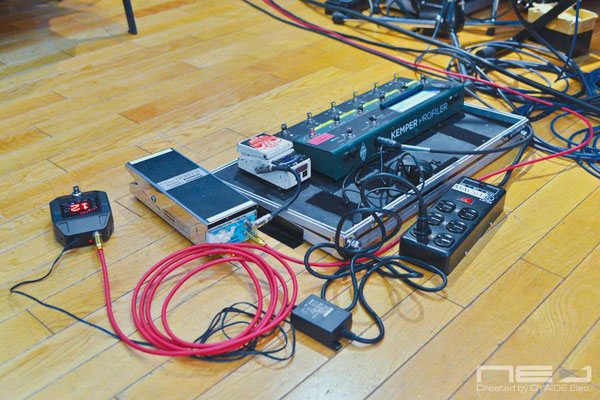 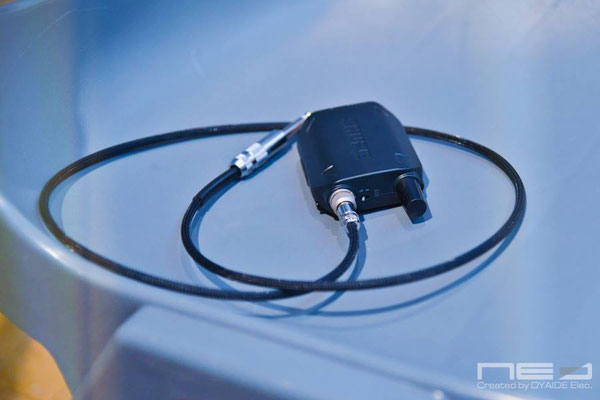 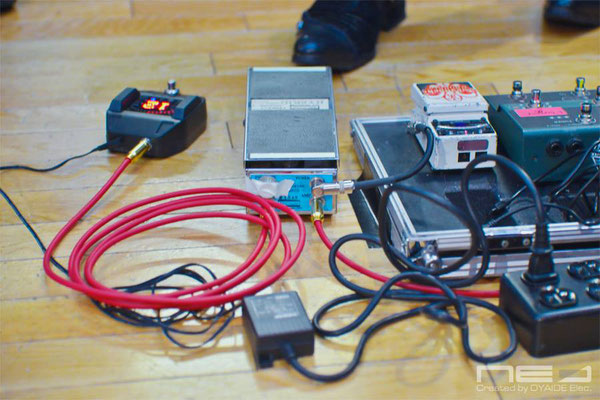 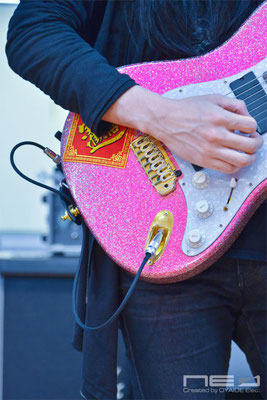 Mikio Fujioka: He plans to use the wireless system on Tour; he was playing with the GLXD16 during the rehearsal. Neither guitar players changed the pedal setup, so he got worried about changing the sound when he went from Wired to Wireless setup, but got delighted with the WL-606 original sound. He plays with his special harmonics style and said that the sonic overtones were in a complete different level than the usual harmonics.

MIKIO FUJIOKA's GEAR: Click in the pictures to enlarge. 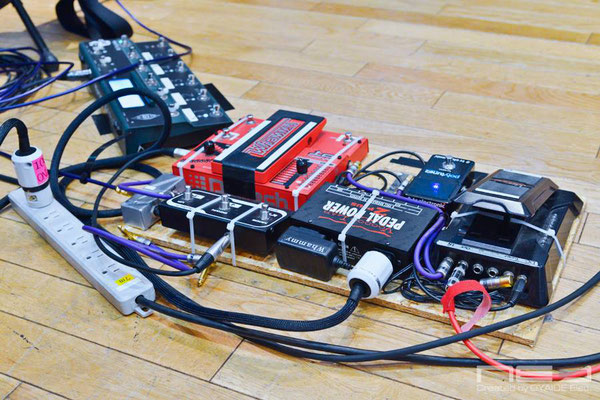 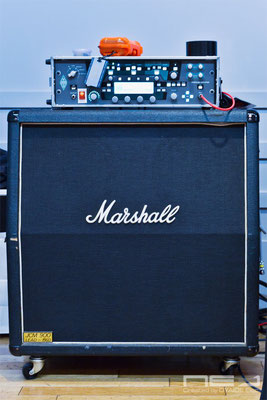 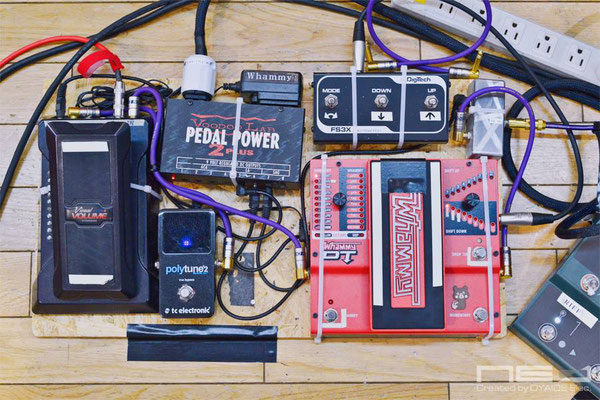 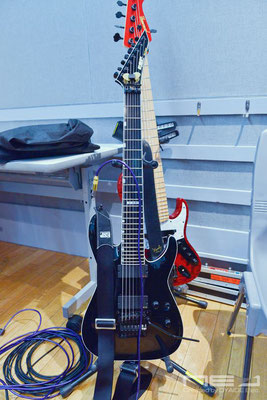 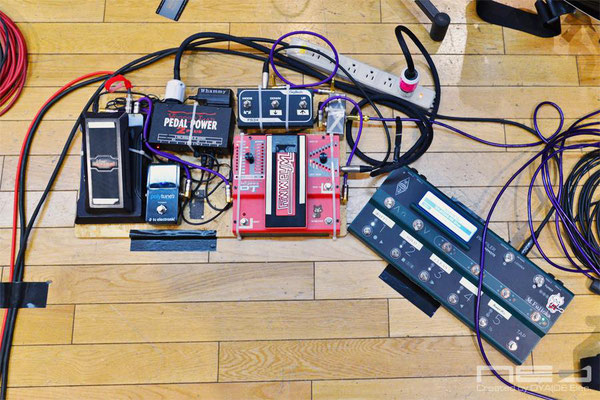 BOH: He said that although when connected to the high quality wireless GLSXD16 the tone range is lower, the WL-606SXS & LXS are able to re-gain the lost part. All the patched cables were replaced with QAC-222G, which gave the impression of the sound coming from the front. The sound is separated to the point of the super bass level and will never get lowered when he plays an ensemble. This words are coming from someone with several tour experiences.

In addition, BOH use custom Oyaide cable with the EBS Billy Sheehan Signature Pedal. Using 398-SY cable with 102SSC conductor to produce clean and noiseless signal. Although he used QAC-22G during BABYMETAL at Wembley Arena, in the future he will play with wireless system depending of each venue. 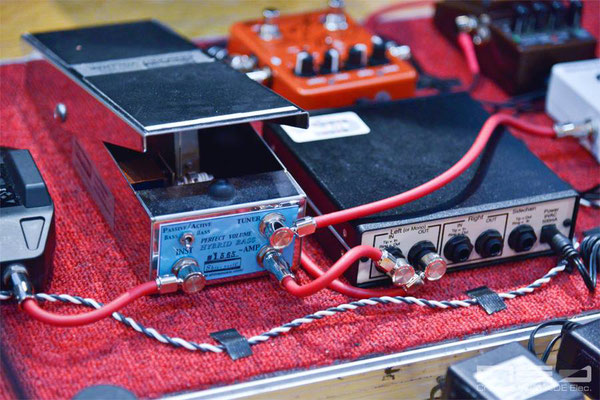 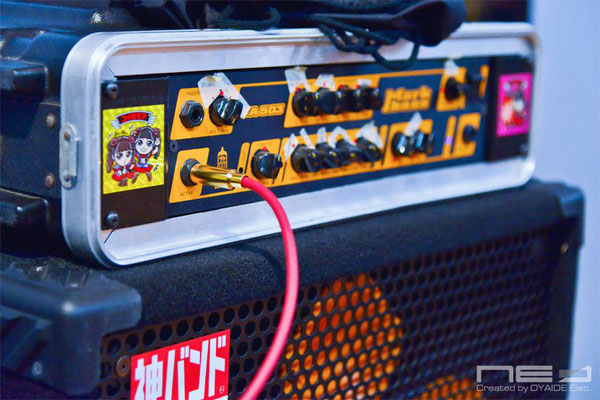 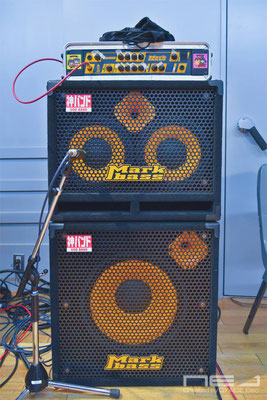 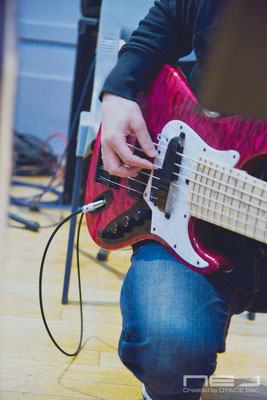 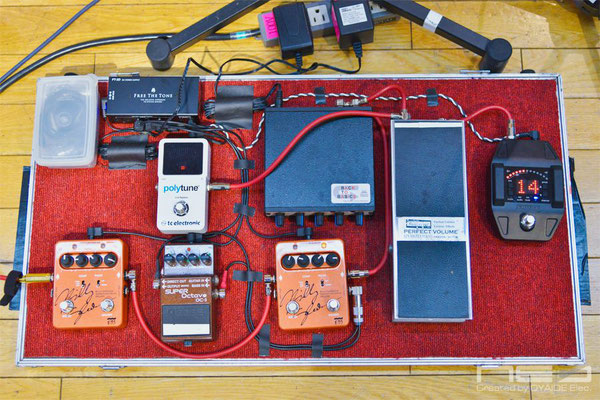 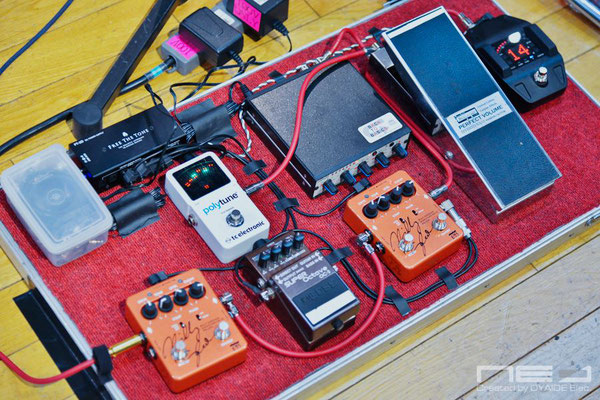